Communicating with voters, letting them know who you are, what you stand for, why they should bond with  your campaign, is crucially important in 21st Century campaigns. Today more than ever before, emotions and values drive voters. We need to speak to them in language they understand and can relate to.

Campaign mail must stand out from the crowd in your mail box. Progressive Elections makes sure it does. 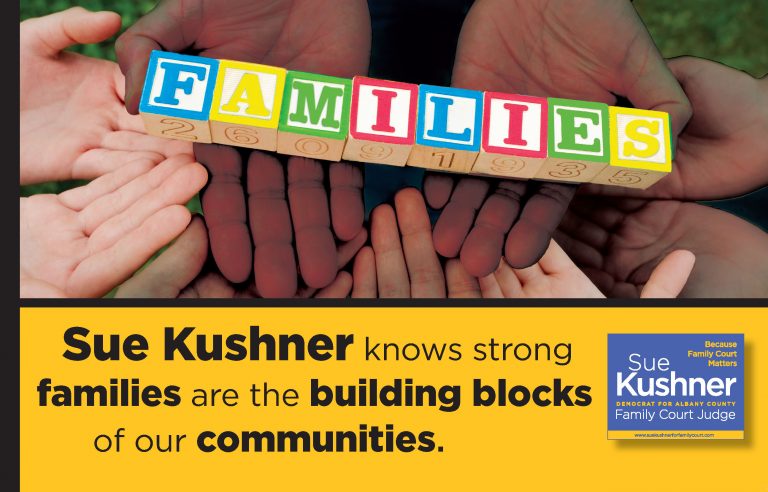 The Kushner campaign was outspent by its opponent three to one. There were only two pieces of direct mail. This piece not only established Sue’s brand and message but introduced her to the voters as someone who grew up in challenging times, worked hard, went to college and graduated law school to become an effective advocate for children and families. She won her race handily. 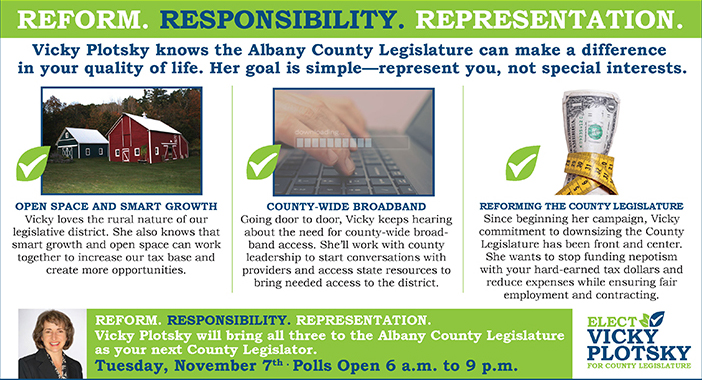 First time candidate Vicky Plotsky decided to throw her hat into the ring for a newly opened Albany County Legislative seat in 2018–an off year for local elections. After establishing her brand and message, we produced a series of direct mail pieces for both the primary and general elections that were effective–she won!

John McDonald has spent his life dedicated to public service. He served as Mayor of Cohoes, one of Albany County’s river towns, from 1999 to 2012. In November 2012, he was elected to the NYS Assembly after a tough Democratic Primary.

We worked with John on his mail targeting the City of Albany, digital advertising and a series of videos that were featured on his website and boosted throughout social media.

There are some new musts for today’s campaigns–social media and websites. Progressive Elections has the expertise to provide both as an extension of your brand.

When Bryan decided to run for Guilderland Town Justice, we knew he had to use both direct mail and  targeted social media to reach his audience. We used Facebook exclusively to reach the voters with consistent messaging about his commitment to the community, his qualifications and his dedication to justice.

We produced two videos for Bryan to promote his candidacy. This first one features his endorsements focusing on Congressman Paul Tonko and a host of local elected officials. We boosted the video to Bryan’s target voter audience and the results were impressive. We reached over 12,000, has 12 shares, 172 engagements and over 8.900 views.

After a bruising campaign that included a local Democratic Judicial Caucus, an Independence Party primary and the general election which he won with 51% of the vote against Republican and Conservative opponents.